Authentic, traditional Mexican food involves the use of certain specialized kitchen collectibles, which are responsible for the unique flavors of this cuisine. These essential equipment for Mexican cooking make all the difference, so let's learn more about them.

Authentic, traditional Mexican food involves the use of certain specialized kitchen collectibles, which are responsible for the unique flavors of this cuisine. These essential equipment for Mexican cooking make all the difference, so let’s learn more about them.

Mexican food is known for its healthy characteristics. It’s a perfect blend of essential vitamins, minerals, protein, and carbohydrates, and being low in fat, it’s definitely good for the heart!

Mexican cuisine is known for its medley of fresh ingredients, vibrant colors, powerful spices, deep flavors, and interesting cooking techniques like grilling, steaming, and frying. Baking wasn’t a part of this cuisine because ovens weren’t introduced until the arrival of the Americans in the nineteenth century. With the passage of time, this cuisine has experienced a major change in the cooking styles and the tools that have been used to prepare them.

Ancient Mexico witnessed the use of clay pots that were used to cook food over an open fire; however, modern Mexico is witnessing the use of cast iron pots, tortilla presses, and various other tools that make cooking Mexican cuisine much easier. While a large number of tools used in this flavorful cuisine are found in our kitchens, there are some specialized tools that we really need to learn about, if we’re looking to prepare authentic-flavored Mexican dishes. Let’s take a look at these tools. 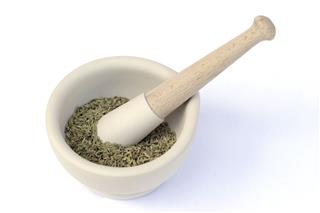 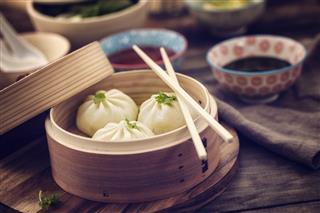 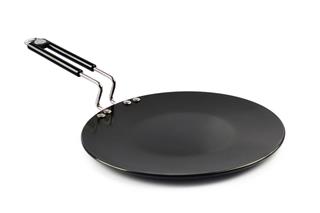 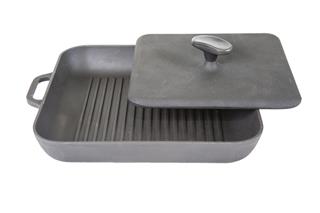 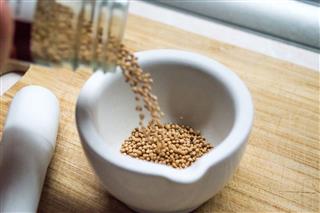 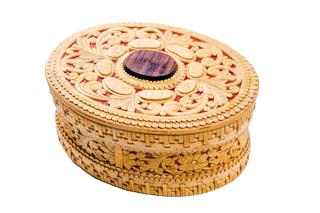 Used for
This tool is traditionally used to roast tortillas, fajitas, quesadillas, chilies, spices, nuts, and even to sear meat and vegetables. You can use it to roast or grill anything you like. A brand new comal takes some time to season thoroughly before it can add its unique deep flavor to the food.

Alternative
If you can’t seem to get hold of a comal, or don’t wish to invest in one, yet still want to prepare tortillas, go ahead and use the regular nonstick griddle. But remember, your alternative tool will not impart the special flavor as a cast iron comal would do.

A comal is a kitchen equipment found in most Mexican households. It’s a flat griddle that is popularly used to roast or grill food. While ancient comals were made from clay, today these skillets are available in cast iron, aluminum, or tera cotta, and are also available in different shapes and sizes. So, what’s so special about these skillets? Well, just like food prepared in earthen pots tastes better, these pans play an important role in improving the flavor of the food cooked on them; however, they must be seasoned well before use. Seasoning of the comal takes a long time, and as you keep cooking on it, the flavor it imparts intensifies.

Used for
Corn tortillas can be easily prepared using this tool. Wheat tortillas are not prepared in this press, because the gluten content doesn’t allow you to press them thin enough to make tortillas. However, you can also use this tool to make pie shells, to press dough for dumplings, etc.

Alternative
You can use a rolling pin to roll out the tortillas and roast it on a comal, although it may take a bit of practice to perfect the art of making circular tortillas. You can also try the traditional ‘hand patting’ method of making tortillas if you’re interested, but it’s a rather tough skill to master.

A cast iron electrical tortilla press is used to make Mexican flat bread or tortillas. It’s a tool with two cast iron plates hinged together, with a lever-like attachment to press the dough. You simply place the dough on the horizontal plate and press the vertical plate down using the handle attached to it. The ball of dough gets pressed into a flat tortilla, which is then roasted to perfection.

Used for
Although this kitchen equipment is used to steam tamales, it can be used to steam all kinds of foods, including vegetables, seafood, etc. They come in handy especially when you need to steam large quantities of food.

Alternative
You can use any steaming pot, but make sure your pot can hold enough water to cook the tamales. Moreover, the steaming rack or steamer insert should be such that the tamales don’t come in direct contact with the water.

As we all know, tamale is a steamed Mexican dish that is made with corn masa, a meat filling, and a corn husk to wrap it. This dish calls for a steamer to cook it in. The tamale steamer is a kitchen equipment that consists of an elongated cooking pot, a perforated steaming basket/rack to hold the tamales upright, and a lid. To cook the tamale, all you need to do is add enough water to the pot and place the tamales in the basket. The steam from the boiling water will rise and cook the tamales present in the basket. These steamers are available in different materials like stainless steel, aluminum, and even galvanized metal. Some even come with different levels to hold large quantities of tamale, with sieve plates separating the layers.

Used for
This tool is used to crush spices, garlic, ginger, tomatoes for salsa, avocados for guacamole, and various other ingredients. It can also be used to crush fresh herbs and prepare various kinds of fresh sauces.

Alternative
You can use your regular mortar and pestle to crush fresh ingredients, if you can’t get hold of this specialized Mexican tool; however, the flavors won’t be specialized as that when the ingredients are crushed in a Molcajete & Tejolote.

Simply put, this tool is a mortar and pestle that is used to crush spices and various ingredients. Cut from volcanic rock, this tool has a rough surface, which is simply perfect for grinding fresh ingredients. When ingredients are crushed, they release a plethora of aromas and flavors, which wouldn’t have taken place with chopping or blending. The flavors that get released give the food its authentic Mexican freshness and flavor, which is why this tool is a must-have if you’re interested in Mexican cooking. Unlike the regular mortar and pestle, this tool imparts depth and flavor to the raw materials being crushed; however, it must be seasoned with rice, rock salt, and spices before it is used.

Used for
Molinillo is used for making creamy, frothy hot chocolate. It can also be used to froth up hot or cold coffee, flavored milk, etc.

Used for
This tool is used in the preparation of cajitas, carnitas, and other desserts.

Alternative
Copper pots are very expensive, and if you’re using electricity to turn on your stove, this pot won’t conduct heat, thus, rendering it useless. Use your Dutch oven instead to prepare this caramel delicacy. A heavy-bottomed, stainless steel pot can also be used instead.

Simply known as a copper pot, a cazo de cobre is traditionally used to prepare a lovely dessert sauce called cajeta. Prepared from milk, sugar, baking soda, and seasonings like cinnamon, canela, etc., this sweet Mexican syrup is a medium thick, caramel-like sauce that can be used as a topping for anything and everything like ice creams, cakes, brownies, crackers, biscuits, fruits, pies, waffles, etc. Since this dish requires to be simmered for an hour or two, the pot it’s cooking in matters a lot. A copper pot conducts heat evenly and cooks the milk-based sauce without burning it.

Alternative
You can use a regular casserole lined with a clean kitchen linen napkin to keep the tortillas warm.

This is nothing but a tortilla basket that has been lined with a colorful towel. It is basically used to keep tortillas hot until they’re filled and consumed. The linen lining the basket prevents the tortillas from becoming soggy, because it absorbs the steam emanating from the piping hot tortillas. These warmers or baskets are available in different sizes, shapes, and also in Mexican colors, designs, and prints.

Used for
This tool is used to squeeze a lime and obtain lime juice devoid of seeds.

Alternative
Use your citrus juicer to juice your limes. You can also squeeze limes using just your hands, although this does call for some elbow grease.

Mexican cuisine involves fresh ingredients that impart lovely fresh flavors and aromas to their dishes. One popular fresh ingredient that is added to several dishes right from guacamoles to salsas to meat- or vegetable-filled tortillas is lime juice. If you’re planning to make Mexican cuisine frequently, getting hold of a lime squeezer would be very helpful. It enables you to juice them with a single press, leaving the seeds in the squeezer itself.

Most of these kitchen collectibles aren’t found in our kitchens, and may not even be available at our regular kitchenware stores. You may have to look for them in Mexican stores. However, it’s also important to purchase these specialized tools only and only if you intend to pursue Mexican cuisine on a serious note. You don’t want to purchase them and leave them to collect dust at the back of your kitchen cabinets. 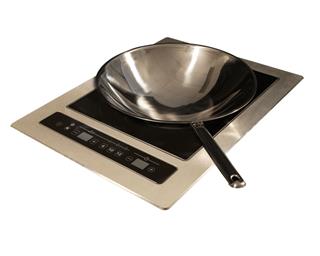 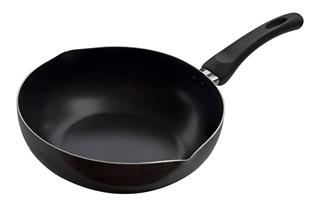 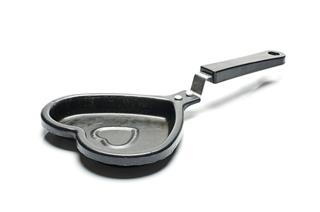