How to Get Rid of Western Conifer Seed Bugs

Known for their noisy flying and pungent smells, western conifer seed bugs can become a nuisance once they gain entry inside a home. In this article, we will discuss a few methods to effectively help control these invasions and infestations.

Home / Uncategorized / How to Get Rid of Western Conifer Seed Bugs 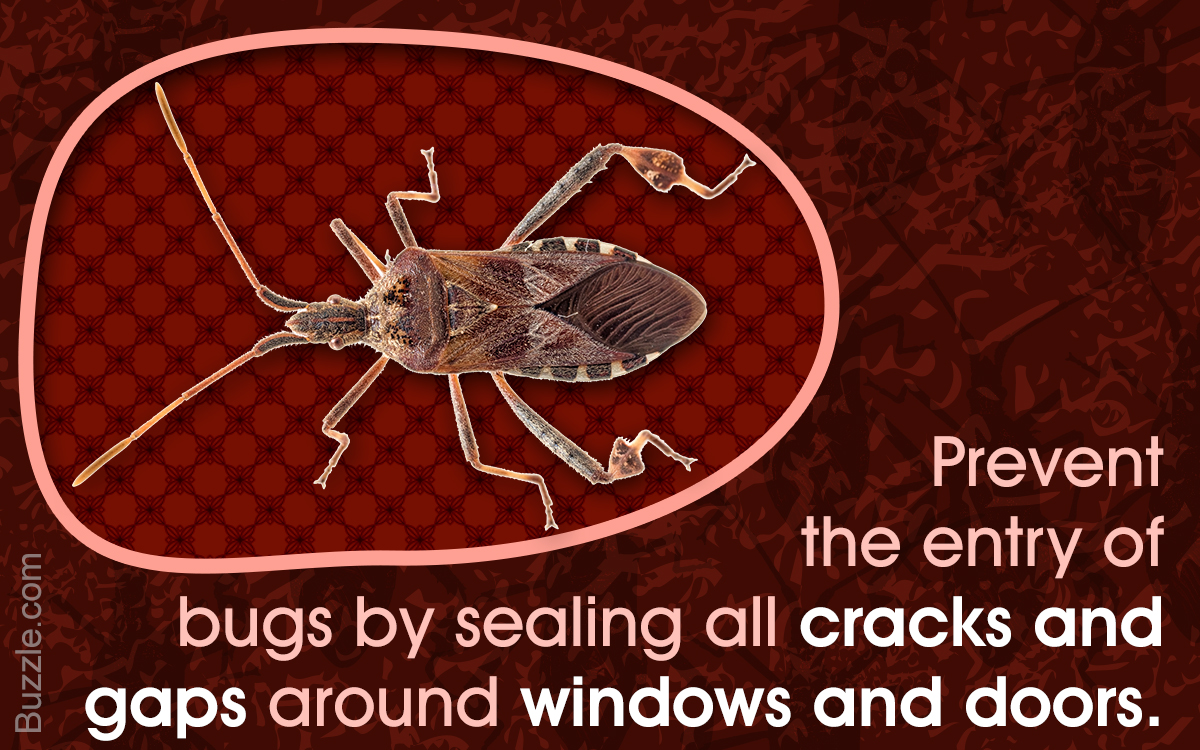 Known for their noisy flying and pungent smells, western conifer seed bugs can become a nuisance once they gain entry inside a home. In this article, we will discuss a few methods to effectively help control these invasions and infestations.

Quick Tip
Western conifer seed bugs are often confused with the destructive brown marmorated stink bugs and assassin bugs. However, these insects can be easily identified by observing their lower hind legs, which widen out towards the sides in the shape of a tiny leaf.

The western conifer seed bug (Leptoglossus occidentalis), also called the pine seed bug, is a commonly found insect which is often seen invading homes in large numbers during certain periods of spring, fall, and winter. Originally found only in the western United States, these bugs are now found all across the country, and even in parts of Canada. This insect is largish, narrow, usually around 1 inch in length, and colored in a reddish-brown shade. It appears to taper towards both ends, and has long antennae, almost the same length as its body.

This insect is a true bug from the Order Hemiptera, and the family Coreidae. Like the other bugs of this order, it has a simple life cycle, starting from an egg, to a nymph, and ending its life as an adult. At times, when the climate is warm, the adults and nymphs spend most of their time in habitats such as the branches of coniferous trees, where they feed on sap and seeds. However, when the temperatures drop towards fall and winter, these bugs get attracted to homes after sunset, where they like to wait out the cold months, before moving out again in the summer. These insects fly noisily, like bumblebees, and release pungent smelling chemicals from their rear ends when distressed. Naturally, homeowners feel bothered by this invasion, and may be afraid that the insects might bite them or cause harm to the house. However, are western conifer seed bugs really dangerous? Let’s find out.

Is the Pine Seed Bug Harmful?
Unlike other pests, pine seed bugs do not bite, carry diseases, eat household items, or cause any other kind of harm to people, pets, or homes. These bugs do not reproduce inside homes either, as all egg-laying and growth happens on the branches of the coniferous trees during the summers. Any damage or injuries are usually caused by people who overreact while trying to kill or escape from these bugs. However, this insect is a pest to pine seed producers, garden centers, and nurseries, as they cause heavy damage to the seeds of the coniferous trees. If these bugs invade homes in large numbers, and are causing a nuisance, there are a few ways to prevent their entry or get rid of them.

Occasionally, the number of seed bugs in the locality might increase to exceedingly large numbers. In such cases, an exterior pesticide perimeter treatment done by professional exterminators can help kill the bugs before they enter your home. However, this treatment is best left as a last resort, as pesticides can cause more harm to you than the conifer seed bugs themselves.