Removing wasp nests is a task that can be done on your own or by hiring professionals. If you are interested in the first option, then this article can provide you with some tips and guidelines. 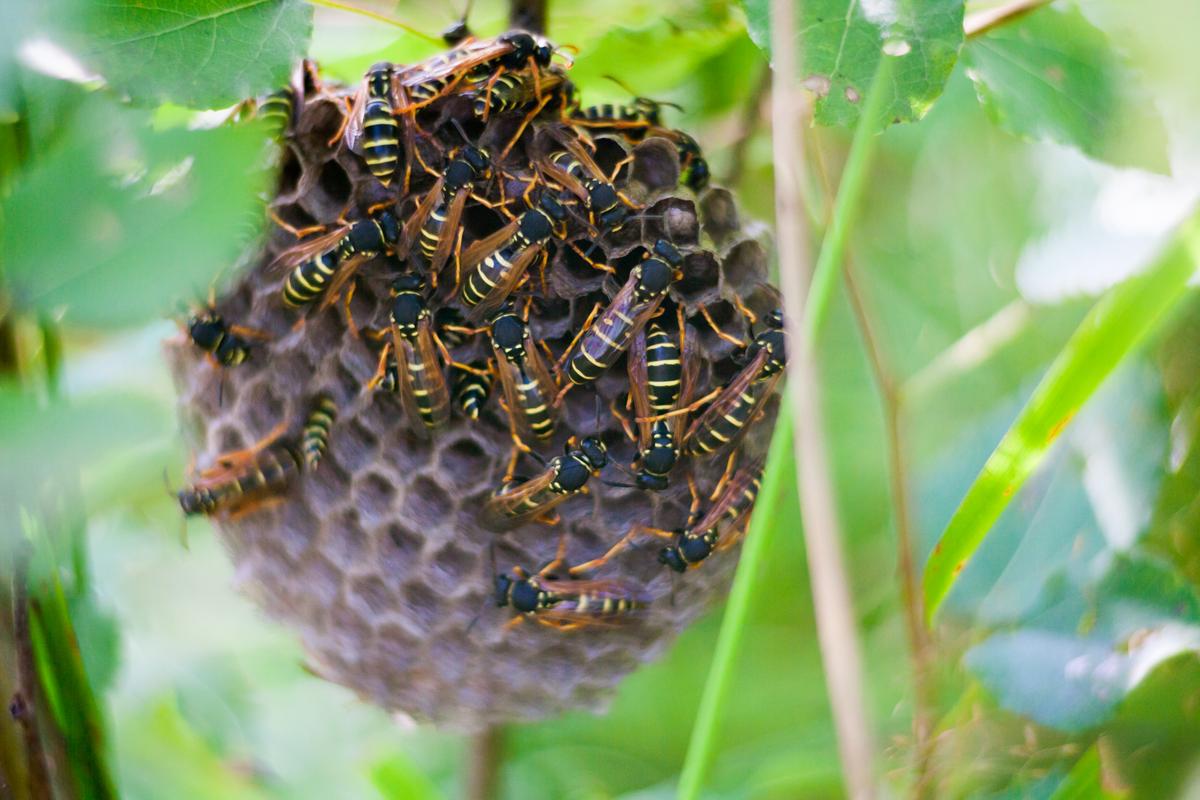 Removing wasp nests is a task that can be done on your own or by hiring professionals. If you are interested in the first option, then this article can provide you with some tips and guidelines.

Wasp nests in and around the house are often found to be risky, especially if there are kids and pets in the house. This is due to the probability of wasp stings that can be inflicted on those, who use the premises frequently. Even though, stings are considered as the defensive mechanism of these insects, it can cause considerable pain, swelling, etc. These stings can be fatal for those with allergies. So, wasp nests should be removed, so as to prevent any incidents of wasp stings. Wasp nests can be of different types and can appear on buildings, trees, on the ground, etc. A basic know-how about removing wasp nests will prove beneficial, if you want to do the task on your own. You may also hire professionals, who can do it for you. In case of people with allergies, it will be better to refrain from this task.

How to Remove a Wasp Nest
There are various methods that can be adopted for getting rid of wasp nests. While some of the commercial wasp sprays and insecticides are found to be effective in killing these insects, there are various home remedies that can help you to get rid of wasp nests naturally. You may try the natural wasp nest removal methods and if it fails, opt for the chemicals that can exterminate the insects and make it easy for removing wasp nest.

While removing wasp nest is a very simple process, the most important part is the precautionary measures that have to taken, while doing this task. Precaution is necessary as there are chances of getting inflicted with wasp sting, when you try to remove wasp nest. So whenever you indulge in this task, try to cover your body fully, so as to avoid those nasty wasp stings. Clothes made of leather is preferred for this purpose. Wear goggles, gloves, mask, etc. Another important factor is the suitable time for wasp nest removal. As these insects are active during daytime, particularly during hot weather, it is better to do the job before sunrise or after sunset. During these hours, wasps are found to be more sluggish, so the chances of wasp stings are less.

As mentioned earlier, there are various ways to get rid of wasp nests and this includes both natural methods and chemical applications. During the onset of summer, only the queen wasp is there in the nest and so, you can remove the nest safely. Removing wasp nests in summer, especially, during the mid summer is not that safe, as there will be many more new wasps, that can make it difficult for you. However, if you take sufficient precautionary measures, it can be done safely. The following are some of the popular methods that are used for removing wasp nests.

Method #1: Cloth bag method is a best way to remove wasp nests, especially, for paper wasp nests that hang from the trees and buildings. All you have to do is to get a cloth bag, and carefully cover the wasp nest with it. Once the nest is inside the bag, seal the open end tightly and remove the nest, from where it is attached. Tie a rock to the bag and immerse it in a bucket of water. You may also keep the bag inside the freezer and take it out after some days, as the wasps get killed.

Method #2: Some people use fuels, like kerosene or gasoline for killing wasps, but it is not advisable to create a fire, as it may make the insects more aggressive and trigger their stinging instinct. You have to spray the fuel all over the nest (especially, the opening) with a squirt gun and leave it for a day. The next day, if you find any activity around the nest, spray some more fuel and wait. If there is no activity, remove the nest with a shovel and dispose it off. This method is found to be effective in mud wasp nest removal.

Method #3: Soap solution is one of the home remedies for removing wasp nests. In this method too, you have to soak the wasp nest with soap solution sprayed through a squirt gun. Wait for two to three days and remove the nest, if there is no activity in an around it. Even a jet of water sprayed on the wasp nest is said to be effective in forcing out the wasps inside. Once they desert the nest, you can safely remove it. But this method is not advisable, as it is not considered to be safe.

Method #4: You may resort to insecticides that are specially meant for wasps. All you have to do is spray the chemical all over the nest and wait for a day or two for the wasps to die. After that period, you can remove and dispose the wasp nest, if there is no activity around it. There are some insecticides that can immobilize the insects for some time, once you apply it. In such cases, you have to remove the nest immediately with a plastic bag and place it inside a container for a few days, till the wasps die.

In short, removing wasp nests is not a difficult task, provided you know the right methods and take enough precautions. You may also wait for removing wasp nests in winter, as by this season, most of the wasps will be dead and the remaining fertile queens will leave the nest to some other place for hibernation. Now, you know how to remove a wasp nest. Do this task carefully to avoid those horrible wasp stings.