There are many types of fascinating insects that thrive on our planet Earth, one such being stink bugs. Read on for more information on stink bugs facts. 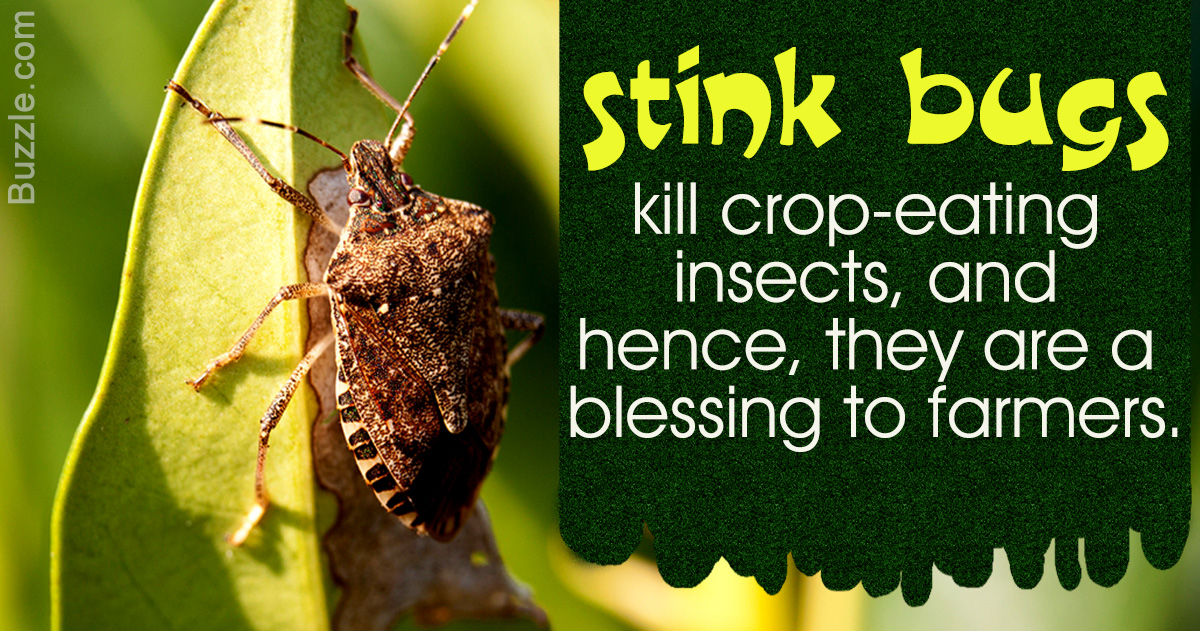 There are many types of fascinating insects that thrive on our planet Earth, one such being stink bugs. Read on for more information on stink bugs facts.

Stink bugs, also known as shield bugs or chust bugs, are a type of insects belonging to the family Pentatomidea of the order Hemiptera. The name Pentatomidea is taken from the Greek words pente, meaning ‘five’ and tomos that means segment or section. The bug has a shield-shaped body, with thick wings. These bugs come in different colors like dark green, blue, brown, black and gray. Their body is triangular in shape, with three pairs of legs and a pair of antennae. These bugs were first found in east Asia from where they were reported to migrate to the United States.

Every species in the animal kingdom is grouped in order to identify their distinctive characteristics. The insect can be taxonomically classified as:

Stink bugs, aptly named for the distinctive smell it releases from its body, when provoked is a species of insects, which have inhabited the Earth from a very long time. This characteristic of this insect acts as a protective shield against its enemy:

This was all about stink bugs. If you have an infestation of stink bugs in your garden, call an entomologist or a bug expert, who will help you get rid of these pests.