A Brief Look at the Intriguing History of Meito China

The origins of porcelain can be traced back to China. Owing to this fact, it is simply known as china, or fine china. Here's a peek into the history of hand-painted Meito China. 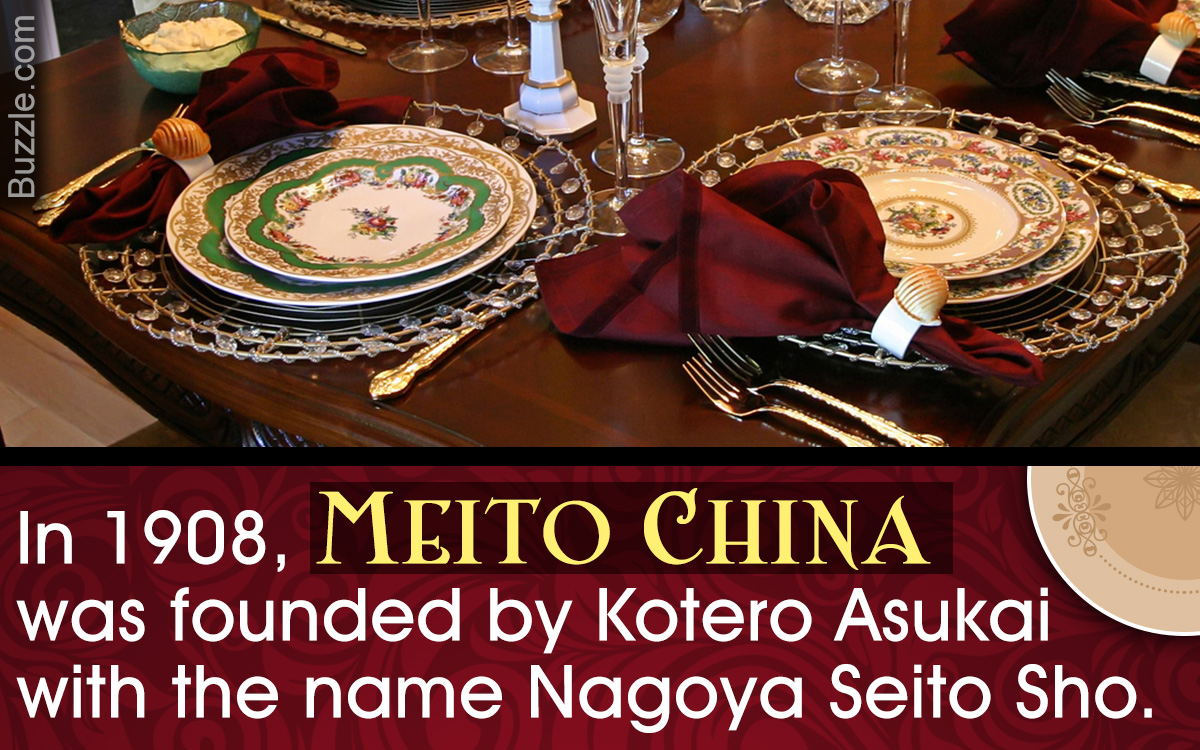 The origins of porcelain can be traced back to China. Owing to this fact, it is simply known as china, or fine china. Here’s a peek into the history of hand-painted Meito China.

The porcelain made in China was very functional and not intended for decorative purposes. Decorative elements to Oriental porcelain were introduced by Japan, and it became famous as the Imari style of blue and white porcelain. The Japanese had originally been introduced to these design styles by the Koreans.

Ceramic has been used by human beings for a long time. Among many other uses, one of its use is in the manufacturing process of porcelain. Porcelain is used to make crockery, along with other artistic objects. The Japanese ceramic culture is one of the oldest in the world.

The craze of using ceramic crockery in Japan increased during the 15th century, with the increase in the popularity of tea parties. The fame of imported Chinese ware was on the rise, and many had started seeing them as a piece of art. The trade relation of Japan with China, however, had declined around the 16th and 17th century, during the twilight of the Ming Dynasty rule in China. This change in trade relations between the two countries coincided with the improving Japanese economy. The demand for ceramic continued to remain high. This created ample opportunities for Japanese artists to showcase their talent. These were the times that laid the foundation of the modern Japanese porcelain industry. The hand-printed Meito China products are quite famous.

In 1908, Nagoya Seito Sho, a company that manufactured fine china, was founded by Kotero Asukai. The founder used to earlier work as an engineer with Noritake. In Japanese, the word ‘Meito’ means a fine or an excellent sword. The headquarters of this company is located in Nagoya, Japan. The company derives its name from the Atsuta shrine of sacred sword that the city houses. This sacred sword is one of the crown jewels of Japan.

In 1943, this company was acquired by Sumitomo Steel Corporation, and renamed as Narumi Seito Narumi. However, the backstamp that was already in use remained the same. The production continued even after the war, during the American occupation of Japan. However, the backstamp on some of their products read ‘Made in occupied Japan’. Furthermore, they also ventured into the American markets and opened showrooms in various American cities, where it was marketed by some of the largest distribution firms.

This company is operational even today, and, by and large, manufactures only tableware. The major lines of their production include Empire, Asama, Empire, and Orleans. The best of both the worlds, eastern and western, is the highlight of the design of these products.

Among these products of the company, patterns found in the Windsor line are of classic style. The patterns in this design, though, appear Western in nature. These patterns and shapes are more pronounced in the Asama and Empire line of products. While, the Orleans line is more about the innovations and symbolic of the change into something more modern. There is also a variant of this line, known as the Norleans, in which one can find the incorporation of modern, high-tech designs.

Today, this company is the second-largest supplier of tableware manufactured as Meito China in Japan. The value of Meito China products typically may vary from the range of $50 to $125. Depending on how antique a piece of china is, the value may rise and be much higher than this range too.