We use the door knob several times a day, but we never wonder about the door knob parts that operate the mechanism within. Here, we have provided the working of the door knob with illustrations for better understanding.

We use the door knob several times a day, but we never wonder about the door knob parts that operate the mechanism within. Here, we have provided the working of the door knob with illustrations for better understanding.

The door knob hardware works on a very simple mechanism. The turning action of the knob pulls back a certain latch, after which the door can open. The latch goes into the wooden frame of the door and it acts as the stopper for the latch.

The Working of a Door Knob

The door knob which is often fitted with a lock is always turned clockwise. The key, when used properly inside the lock mechanism frees the entire mechanism of the door knob. When the outer knob is turned in a clockwise motion, it in turn, moves the spindle in a clockwise motion. The spindle, which is a long three-sided component, goes inside the dead latch to act as a turning lever. The clockwise turning spindle slowly brings back the dead latch, thereby opening the door. The dead latch, when in a closed position, is locked into a strike plate a small depression in the door frame that accommodates the outer end of the dead latch.

The door knobs which are weak or too simple, the outer part of knob can be either forced out or sawed off. The spindle is then turned using a simple spanner or a strong pair of pliers, this is how robbers can come into your house, hence get a really good door knob. In order to avoid this, door knob manufacturers forge the outer door knob in such a way that the outer solid knob and the spindle are one and the same piece, that is they cannot be separated.

Stronger and well made door knob parts, of course, make a secure lock. However there are quite some limitations as to how strong a certain door knob is made. A door knob will consist of some simple mechanism such as a spring on the latch so that it goes back into place after being used once. 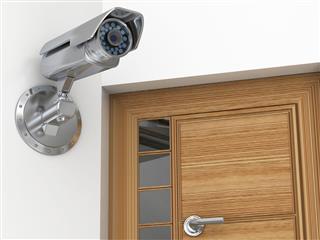 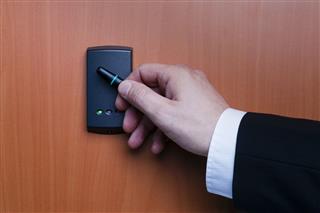