Torsion or Extension: Which Spring is Better for Your Garage Door?

Home / Uncategorized / Torsion or Extension: Which Spring is Better for Your Garage Door? 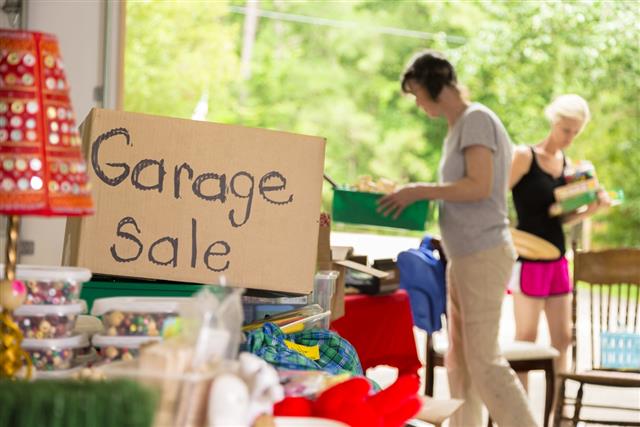 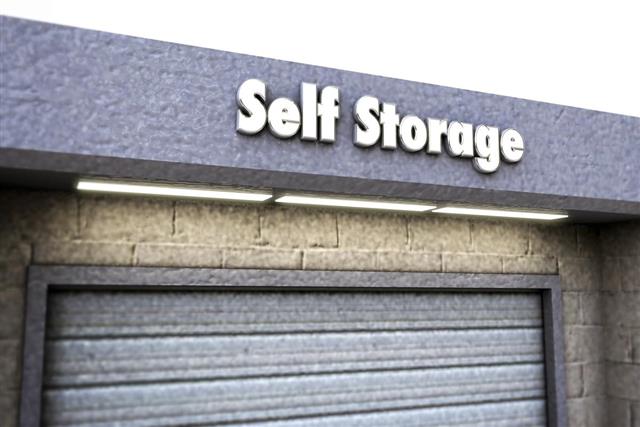 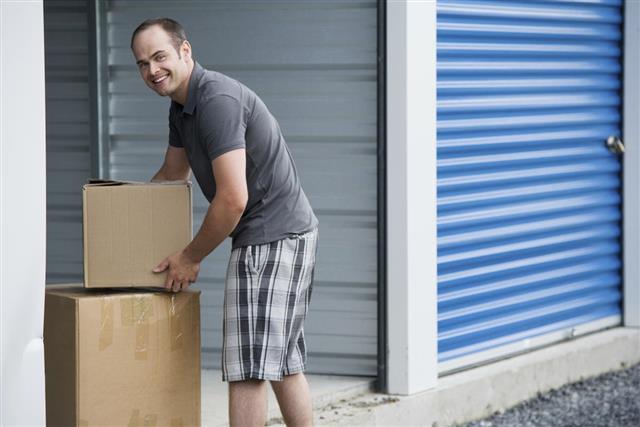 Extension springs should always be restrained with a safety cable that ties it to a solid point on the horizontal door track. This will ensure that it doesn’t ‘fly-off’ in case the pulley, cable, or the spring itself breaks under tension.

When an individual drives home after a long hard day’s work, there can be only two things which can truly scare the daylights out of him. The first is the look on his wife’s face if he has forgotten that it’s their wedding-day anniversary, again. The second is the prospect of fixing the garage door spring mechanism which broke that morning, again! Now, if you are facing the first issue, then trust me, God alone can save you. However, if you are very lucky and are facing just the second issue, then rest assured, because help is at hand.

While it is advisable to seek professional help for fixing the broken spring mechanism, one still has to choose the particular spring type to replace the broken one with. This is very important, because the right choice would have prevented the breakdown to begin with. There are two popular ones available in the market: the torsion-type spring and the extension-type spring. But which is better? To find out, we must first understand what each type is, and how they work.

What is an Extension Spring?

When most of us imagine a spring in action, what we picturize is actually the working of an extension spring, only in the reverse way. This is because, rather than compression, these spring do most of their work in extension.

An extension spring is usually a helical coiled metal spring. An arrangement is made so that when force is applied, the spring gets extended, that is, its coils are stretched. This stores an amount of energy within the spring, which is directly proportional to the amount of stretching force that it is subjected to. When the extending force is removed, the stored energy within the stretched spring gets converted to an opposite force which compresses the spring back to its original shape.

What is a Torsion Spring?

As the name indicates, torsion springs work on the principle of torsion. This means that, the energy is stored in terms of the number of twists of the coils of the spring. For example, if you hold one end of a piece of sponge and gently twist the other end, it coils around itself. However, as soon as you let go of the other end, it automatically uncoils and resumes its original shape. This is because it is able to store the energy you had applied in twisting it within itself, and then use it to untwist.

In a torsion spring a similar effect takes place. When a twisting force is applied to it, energy proportional to the degree of the twist gets stored in the spring. As soon as the twisting force is removed, the spring converts this energy to an equal and opposite force, which allows it to uncoil.

In most cases, helical-shaped metal rods or wires are used to build torsion springs. They are so arranged, that external forces when applied, twist the coils tighter about the spring’s axis.

The torsion spring mechanism consists of one or more steel springs coiled around a steel shaft which is mounted above the garage door. This entire apparatus is supported in the center and at both the ends by bearing plates. The shaft has cable drums fixed on both its ends. Through each drum counterbalance steel cables are attached to the garage door.

One end of the spring is attached to a stationary cone, while the other one is fixed to a rotating, winding cone, using nuts and bolts. When the garage door is raised, the winding cone rotates and the spring uncoils due to the stored tension, and the force thus created rotates the shaft. This in turn rotates the cable drums, wrapping the cable and lifting the door. When the door is lowered, the cables unwrap, and the springs are wound into tension again.

Now that we understand the difference between the workings of extension springs and torsion springs, we must ask – which is better for use in a garage door? Well, in most cases, using the torsion spring for a garage door is the better option, because of the following reasons.

1) Longer Working Life: When the garage door is opened or closed, an extension spring gets fully stretched. Thus, it is subjected to more shearing stress, which reduces its working life. In comparison, the torsion spring arrangement only coils and uncoils during the door’s operation, which puts much less stress on it. Thus, it lasts longer. Typically, extension springs are limited to 10,000 cycles, while torsion springs keep on working reliably for up to 20,000 cycles.

2) Smoother Operation: Extension springs can vary in tension during the door’s operation. For example, when opening the garage door, there may be a larger amount of tension initially which ebbs away towards the end. This causes a jerky motion while opening or closing the door. A torsion spring, on the other hand, offers a much more smoother range of motion to the door.

3) Easier Maintenance: The extension spring arrangement on a garage door requires more number of parts, including longer cables, pulley arrangement, hooks, and metal tracks. This increases maintenance requirements and also the chances of failure of the system. The torsion spring based mechanism requires significantly lesser number of parts, and thus, maintenance is easier with lesser chances of failure.

4) More Efficient: Due to the jerky behavior of the extension spring, the motorized garage opener may have to draw larger power to open the door. Conversely, the much more balanced behavior of torsion spring prevents the loading of the opener’s motor, and thus saves on power, making it more energy efficient in comparison.

5) Safer: An extension spring, when stretched, is in a very dangerous position. It stores a lot of energy, and in case the hooks and holders holding the spring break, it can cause serious damage. There have been incidences where the extension spring mechanism in garage doors have broken, causing the springs to fly off and damage the windows, car windows, windshields, etc. In the worst case, the flying springs can severely injure a person, even leading to death. Thus, it becomes essential to use some kind of protective countermeasure to ensure safety while using this mechanism. Comparatively, a torsion spring is retained in the shaft in case of a breakdown, making it completely safe to use.

Thus, it is clear that torsion springs are a better choice for garage doors. They may be costlier, but are much safer and give a better pay-off in the long run. Only in rare cases, when factors such as limited head-room in the garage prevent the installation of torsion springs, should one go in for extension springs. In such cases, for safety reasons, one must carry out regular maintenance of the mechanism. 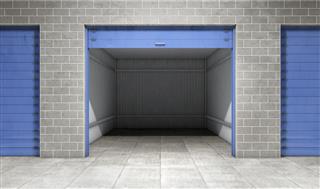 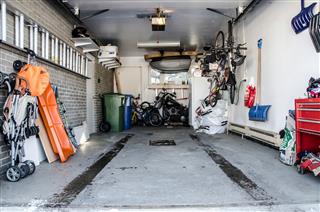