Working Principle Behind a Chimney

More often than not, the problem of heating (or rather lack of heating) is because of a faulty or run-down chimney. The best and the most basic way to know the cause of low heating in your home is to understand the working principle behind a chimney and the working process of different types of chimneys. 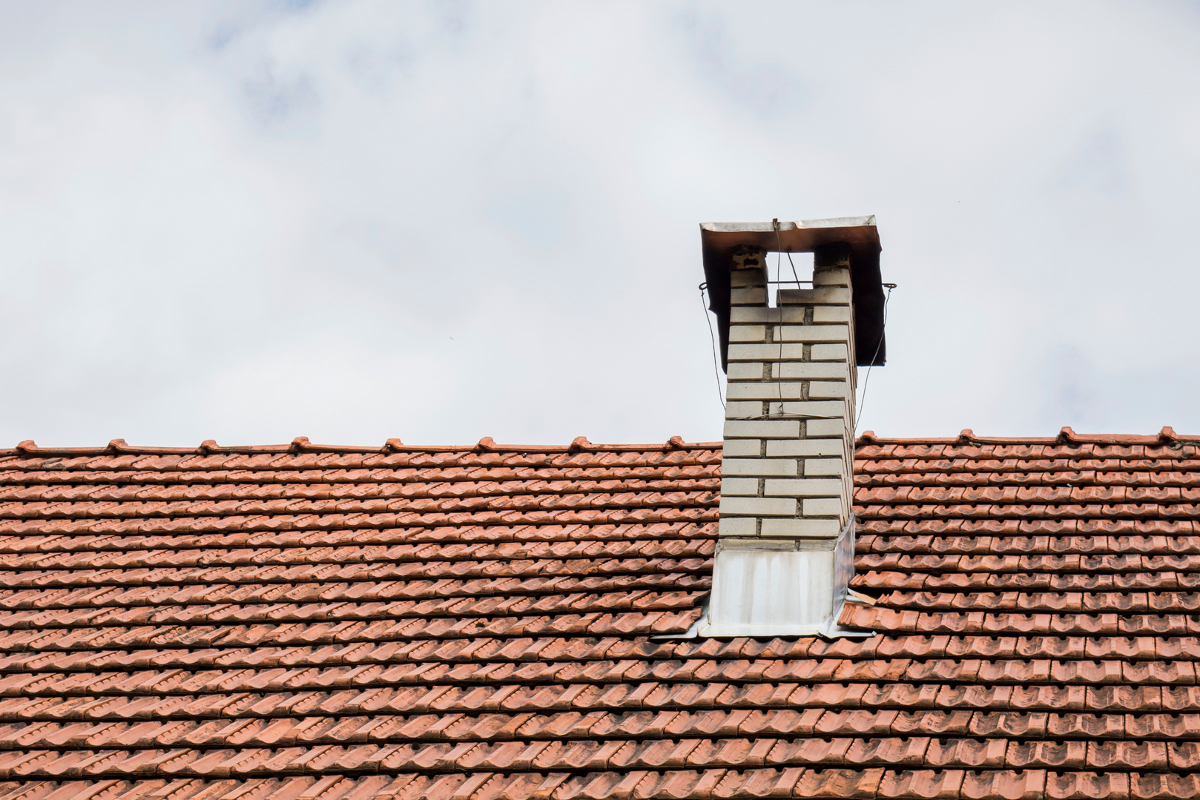 More often than not, the problem of heating (or rather lack of heating) is because of a faulty or run-down chimney. The best and the most basic way to know the cause of low heating in your home is to understand the working principle behind a chimney and the working process of different types of chimneys.

The basic function of a chimney is to draw combustion air towards the fire and let out the flue gases through the flue (or the smokestack). The simplest way to understand how a chimney works, is by understanding the airflow dynamics inside a room or a house. Though there are many factors that determine the airflow inside a closed space, the most important one is related to internal heat. When air gets heated, its density decreases, causing the hot air to flow upwards. This upward flow creates a low pressure in the space below, which in turn, draws in the cool air.

How Does a Chimney Work

Another important factor in the working of a chimney, is the height of the chimney (the smokestack or the flue). When the height of the chimney is inappropriate, the flow of updraft becomes too slow (if the height is more) or too fast (if the height is less). This will reduce the overall room heating, cause backdraft (smoke or the flue gases coming back into the room) and may even put out the fire. A proper chimney height can be determined by using the Chimney 2-3-10 Rule, which means that a chimney should be 2 feet taller than any construction with a 10 feet radius, but only 3 feet above the point from where it passes through the roof.

Though these working principles of a chimney remain the same, the working process of different types of chimneys, is affected by a number of reasons.

How Different Types of Chimneys Work

Different types of chimneys work differently, based on the amount of draft created, the rate of internal heating and the kind of material they are made of. Chimneys can be broadly classified into two types based on how a chimney is constructed: masonry construction and manufactured.

Masonry construction can be found in three types of chimneys: Stone Chimney, Brick Chimney and Concrete Chimney. As such, masonry chimneys are constructed in residences with heating capacity below 1800°F and are permanent structures where only the motor needs to be replaced after a few years. As bricks, stones and concrete have good internal cooling, they do not heat up fast and hence, create a good draft for a long time. They have to be fitted with a chimney liner, chimney crown and a chimney rain cap. A chimney liner is usually a metal pipe or clay/ceramic tile and is known as the ‘flue’. Terra cotta liners are the most dependable chimney liners that last for about 50 years. Chimney liners prevent the corrosion of masonry work and make chimney cleaning easier. For masonry chimneys that are 4 inches thick, a fire clay liner of 5-8 inches thick works best. Chimney crownsare mortar or clay linings on the wall of the chimney surrounding the flue. Usually a slope, it prevents moisture from seeping into the flue. A chimney cap (a metal or fabricated covering) is placed above the flue for protection from moisture (basically rain or snow) and to keep out pests.

In houses that don’t have an inbuilt chimney, a manufactured chimney is the next best thing. It is also a good option for those who do not have time or money to spend on a masonry chimney, though the heating limit for some manufactured chimneys is around 350°F. With the concept of a False Chimney, which has artificial brick work around a Metal Chimney, there is little difference in the exterior look of a masonry chimney and a manufactured one. The most important aspect in the working process of a manufactured chimney is the quality of its insulation. While some manufactured chimneys have air cooling systems, there are many types of chimney insulations available in the market. Solid pack or blanket insulationand double or triple wall designs are a few examples of insulation methods that are often used. Depending on the exterior material and its thickness, the chimney should have a lining of non-combustible material of 2 inches (for thickness below 18 inches) or 4 inches (for thickness above 18 inches). The lining or insulation will increase the internal cooling of the chimney, and hence, improve the flow of air (updraft and the chimney draft). Two common problems associated with manufactured chimneys, especially metal chimneys, are the slow startup of draft and the considerable amount of backdraft it creates (which increases if the outside temperature is very low).

No matter what type of chimney you have, regular servicing is a must for a chimney to work properly and to get rid of common chimney problems. Neglecting the upkeep of your chimney is risky for your home and your loved ones living in it. Besides, timely maintenance can go a long way in keeping the working of a chimney up to the mark. All you have to do is call in a professional chimney sweep once a year to clear the creosote built up in the chimney (which when accumulated, has the potential to start a chimney fire), inspect chimney liner, chimney cap, mortar work/insulation material, and roof flashing for any cracks or damage. If minor chimney repairs are done promptly, you will not have to spend huge amounts on major repairs of the chimney in the long run.